Why would anyone in their right mind want to have anything to do with politics? How did I end up as a candidate in the seat of Torrens for Dignity Party SA?

Growing up my parents continuously spoke of the good qualities of Labor Party politicians.  And these included Gough Whitlam and Bob Hawke in federal politics, and Don Dunstan and John Bannon in state politics.  All four were competent leaders but were not perfect people.  Who is?  When I turned 18, I voted Labor too. A few years later, I would regularly vote for the Liberal party.  Occasionally I would swing.  How did I end up contesting the seat of Torrens in the 2018 South Australia election? And why for Dignity Party SA, an independent party?

It all started when someone at Cedar College, Northgate didn’t arrange for a tree to be cut down.  They previously asked an arborist to produce a report, which indicated tree 21 should be cut down by a specific date, and six months after this date, tree 21 fell on me.  Thanks for that, and I didn’t even get an explanation for what happened.  I acquired a disability and now use a wheelchair for mobility.

Before my accident, I knew only a few people with a disability, and I feel embarrassed about this now.  Over time I got to know many people with a disability, and all of us face difficulties in life.  I started to speak up about the challenges I encountered, such as businesses that use their accessible toilet as a storage room.  And if these companies didn’t remedy the situation I took the matter to the Human Rights Commission.  Friends started sharing problems with me, and I helped them with problem resolution.  I was commencing down the road of being an advocate for the disabled.

During my advocacy, I came across Dignity Party SA, a political party in South Australia.  Kelly Vincent is the leader of the party and a member of the upper house.  Kelly and Dignity Party are making life better for people with disabilities in SA.  I became a member, and they were preparing to contest the 2018 state election on Saturday 17th March 2018.  In 2010 the party received just over 11,000 votes in the upper house, which was sufficient for Kelly to take a seat.  The Party were aiming to field over 20 candidates in the lower house for the 2018 election and asked party members to consider nominating to run for parliament.

I have ongoing issues with accessibility, which helped me say yes to Dignity Party SA.  The learning curve about political campaigning started.  If you are tired of voting for the major parties, then try an independent party.  And please consider voting for Dignity Party in the Upper House, and if there is a candidate in your electorate, vote for the Dignity candidate too.

Please visit my blog at https://vote4john.website/ and most importantly I need your help on election day, Saturday, March 17, 2018, to hand out how-to-vote cards.  Click here for details. 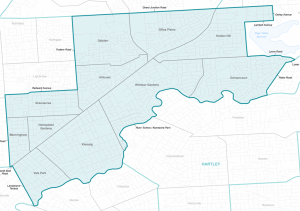 Click here for an example of when I contacted the Australian Human Rights Commission, as part of the advocacy I perform.